Made on Main Street Kicks Off in Goldsboro, NC

OneMain Financial hosted its first "Made on Main Street" event on April 21, 2018, with an exciting public art project and festival.

The Goldsboro Downtown Development Office was the first of seven organizations across the country to receive a $25,000 community action grant and used it to support local artists who created two permanent wall murals and six crosswalk murals.

To celebrate this beautification project and bring the community together, OneMain sponsored a free, family event with complimentary food, a live concert, games, crafts and artisan vendors. The artists worked on their murals during the festival as community members watched and even helped. 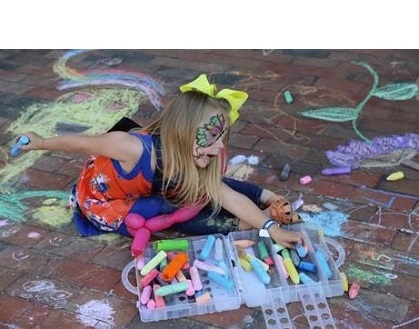 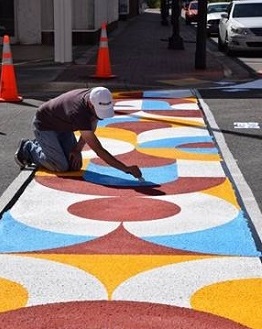 The street becomes their canvas.

Local teacher and art advocate Anna Hajjar was chosen to do a wall mural representing the Seymour Johnson Air Force Base located in Goldsboro. Hajjar explained her unusual American flag: “In my mural, the flag’s white stripes transform into the contrails of Seymour Johnson’s F-15 fighter jet, which is being led by a KC-135 Stratotanker.” 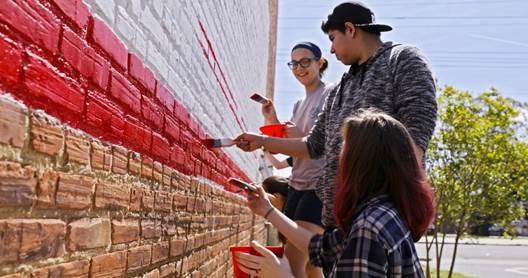 Coordinators also announced during the festival that Maximillian Mozingo, a painter and muralist; Jamil Burton, a painter and illustrator; and Brandon McCullar, a metal artist; were chosen by residents to create the final wall mural. Their mural pays tribute to the African-American music trails of North Carolina.

Making a difference in Goldsboro.

OneMain teamed up with the Downtown Goldsboro Development Corporation and the Main Street America to create crosswalk murals, adding interest, vibrancy, color and character to downtown.

The murals celebrate and honor our community members who contributed, directly or indirectly, to the music movement that spurred the development of the African American Music Trail. They are featured at the intersections of John and Walnut Street, and Walnut and James Street.